October has been another jam-packed month for the Freshwater team.

Relishing the return of in-person events

The conference, organised and managed by our events team, was held at the ACC in Liverpool and also saw the integration of virtual attendees.

Watch the video above to take a look at our time at the conference.

Attendees explored the path to rail recovery, heard the latest insight on trade patterns and the introduction of free ports and networked face-to-face with senior rail freight leaders.

Learn more about the event here.

Examining the crucial role of South Wales’ ports with ABP

The event involved the Minister for Climate Change, Julie James, Secretary of State for Wales, Simon Hart and several other industry-leading contributors.

On 28 October, we worked with the Welsh Government to launch the new Net Zero Wales Plan at the Solar Heat Energy Demonstrator building near Port Talbot.

The event included a small exhibition of electric cars, innovative heating materials and other exhibits, and featured an interactive Stakeholder Video Wall, with representatives from 20 organisations appearing on the wall via Zoom.

A total of 587 registered viewers watched the content live, as well as hundreds more unregistered users.

We are continuing to work with the Welsh Government on the COP26 Regional Roadshows and Wales Climate Week, which runs virtually from 22-26 November.

Find out more about COP Cymru and how you can get involved here. 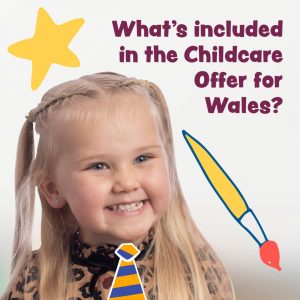 We have been working with the Welsh Government for over two years to promote the Childcare Offer for Wales, which helps working parents of three to four-year-olds with childcare costs.

Our latest burst of activity adopted a digital focus and concluded at the end of October. Adverts ran across Google, Facebook, YouTube, Spotify and LinkedIn, delivering over 4.4 million impressions and resulting in over 53,200 clicks through to the campaign website and over 10,000 YouTube views.

The NHS is sounding the alarm – will anyone listen?