Now we are well into 2022, we thought we’d share some of our key moments from the first month of the year.

In January, the child of a Windrush victim – who has been fighting to regularise his immigration status  – was denied a judicial review of his case in the High Court.

We helped Thompsons Solicitors break the news about its client, Damien Gabrielle, to national and regional press and amplified the message via social media.

This powerfully emotive story was used by The Independent, Daily Mail, Evening Standard, The New Statesman and more than 180 regional titles. 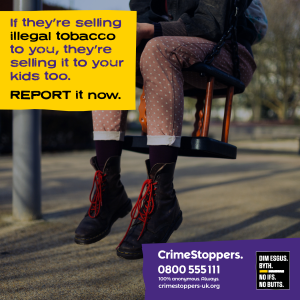 Working with the Welsh Government to tackle illegal tobacco

Adverts are currently live across a range of digital channels including Facebook, Google Display Network, Snapchat and Spotify as well as high impact out-of-home advertising in rail stations and train interiors and adverts at the Principality Stadium. 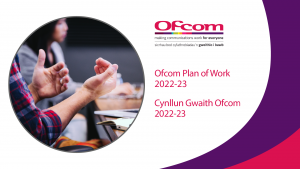 Using our expertise in in-person, hybrid and online events

While fewer Covid-19 restrictions allow for more in-person gatherings to take place, many organisations remain cautious about large meetings and are opting instead for hybrid events, mixing the best of in-person and online.

At the end of 2021, as Omicron took hold, the UK communications regulator Ofcom, decided to move its annual Plan of Work stakeholder engagement event online. They asked us to produce the event for them.

More than 250 of Ofcom’s key stakeholders, including representatives from industry, the public sector and consumer groups, joined online as Ofcom CEO, Dame Melanie Dawes and her senior team presented Ofcom’s priorities for the year ahead.

Our crew in London filmed the event live as our production team in Cardiff produced behind the scenes to make sure the event ran smoothly. Stakeholders were able to put questions to a live panel made up of studio guests and remote contributors.

Immediately after the main event, we hosted four separate concurrent sessions with staff from Ofcom England, Wales, Scotland and Northern Ireland, addressing the priorities and issues specific to the four UK nations.