Freshwater reflects on the HIMfertility campaign

We launched the HIMfertility campaign in St David’s, Cardiff, on 17 December 2019, alongside Rhod Gilbert and his team.

The documentary, Stand Up to Infertility, aired on BBC Wales on 25 January 2021 at 9pm and will be on BBC Two on Sunday 31 January at 10pm.

Since the 2019 launch, the HIMfertility campaign has secured coverage in the national and local press and on broadcast media, while the conversation has continued on its social media channels. Encouragingly, the campaign has received positive feedback and messages of support from those who have been affected by male infertility.

We wanted to hear from the team behind the campaign for their take on how it went and for their thoughts on what the campaign has, and hopefully will continue, to achieve.

Freshwater on the HIMfertility launch 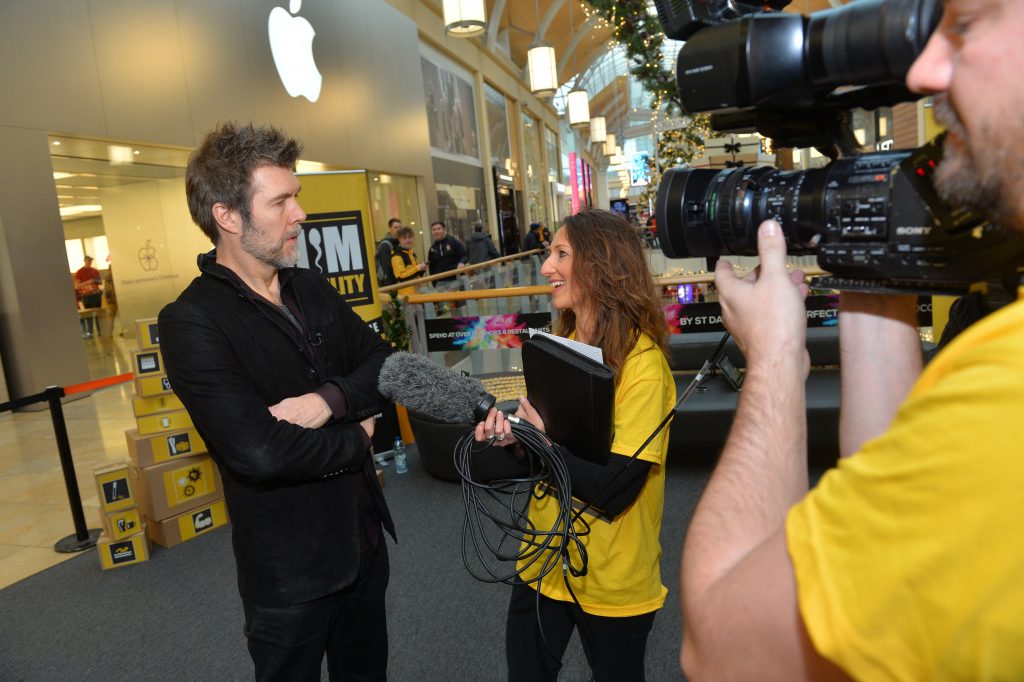 Carolyn Pugsley, who co-ordinated the launch and led on press relations, said: “It was an amazing experience working with Rhod on the HIMfertility campaign. Seeing the campaign come to fruition on launch day was hugely gratifying.

“What touched me the most was seeing the impact the campaign had on those affected by male infertility issues. And even if we help just one person feel like they are not alone with the challenges they face, then it will have been worthwhile. Now the documentary has aired, it’s great to think that many more people will be made aware of, and can hopefully be helped with, male infertility.” 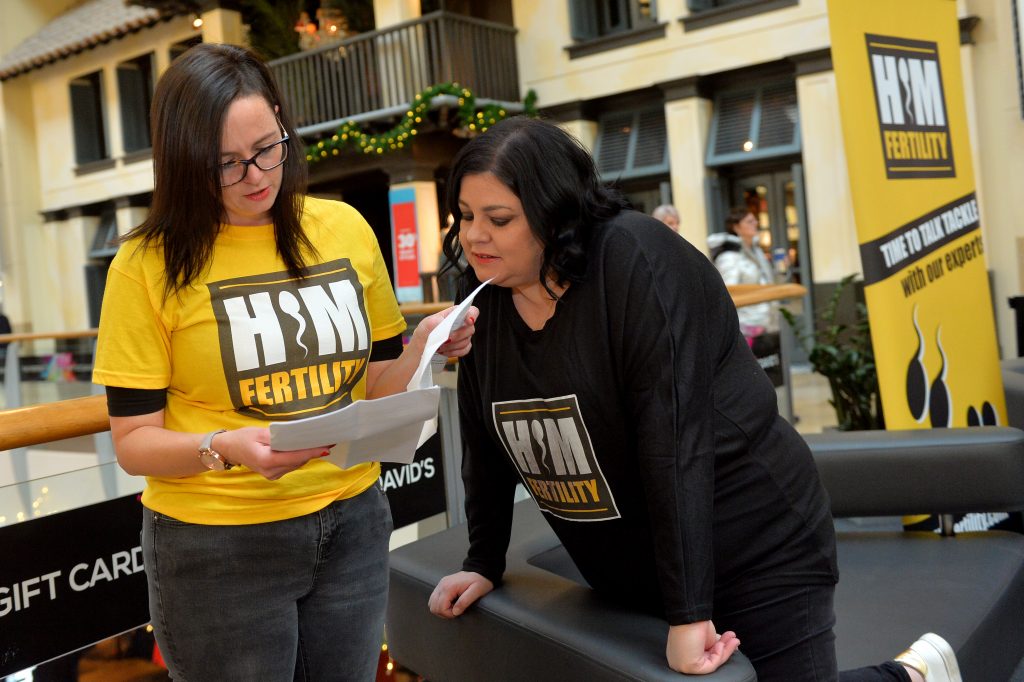 Nicola Roberts led on the marketing and campaign strategy. She said: “Launching the campaign and seeing all the hard work and planning come to life, at the launch event and on the documentary, was extremely heart-warming. The subject of male infertility is rarely talked about, despite it being a common problem, so to be able to shine a spotlight on the issue and signpost men to the support and advice available hopefully means that they no longer have to suffer in silence. From the very early stages of the campaign, people were already ‘talking tackle’, so long may this continue.” 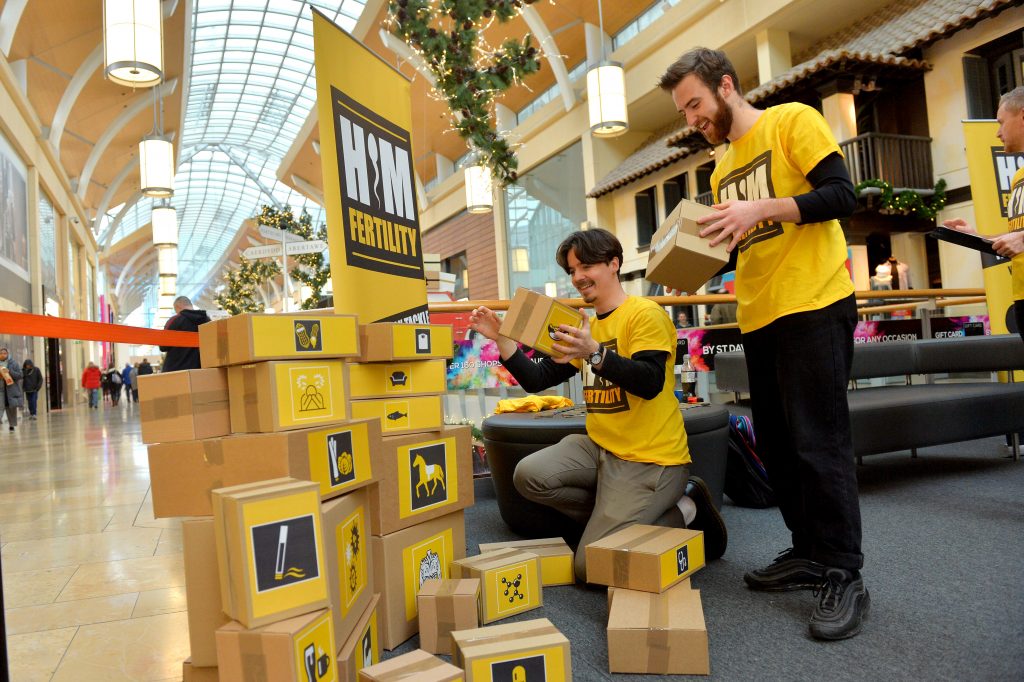 Charlie Cottrell, who managed the campaign’s social media presence, said: “It’s been fantastic to see the Freshwater team’s hard work behind-the-scenes develop and culminate in a really successful launch event and even more exciting to see this on the TV!

“As well as chatting to people on the day of the launch event, monitoring the HIMfertility social media accounts since has provided additional insight into the positive impact that the campaign has been having. People from across the globe have been sending positive – and often touching – messages, which is really encouraging. Now that the documentary is available for people to watch, we hope the message will continue to spread.” 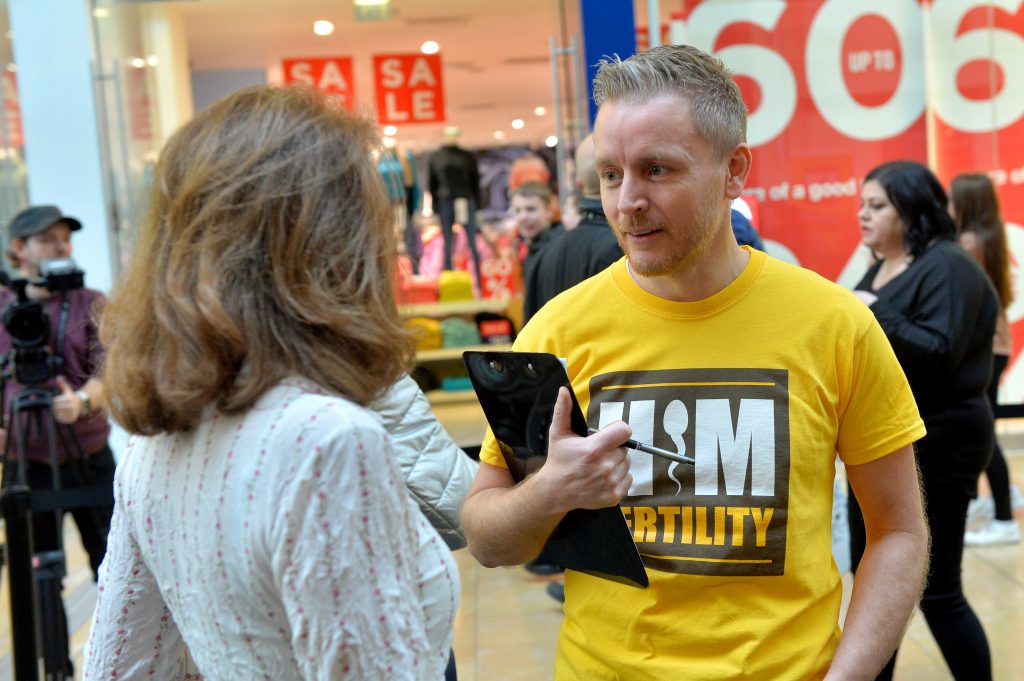 Simon John helped develop the campaign brand. He said: “It was a real honour working with a celebrity like Rhod and on such an important campaign for a health issue, which, so far, has had little exposure. The launch saw a positive turnout with the people of Cardiff joining in with our games and chatting to our fertility specialists and Rhod himself about all things tackle. And it’s great that the message can be heard by many more now that the documentary has aired.

“I’m hoping this campaign continues to raise awareness not only with the public but also within the medical profession too.”

If you’re looking to launch a new campaign, we’d love to help. Get in touch to find out how we can support you.

*Filming for the HIMfertility documentary took place before the COVID-19 pandemic.